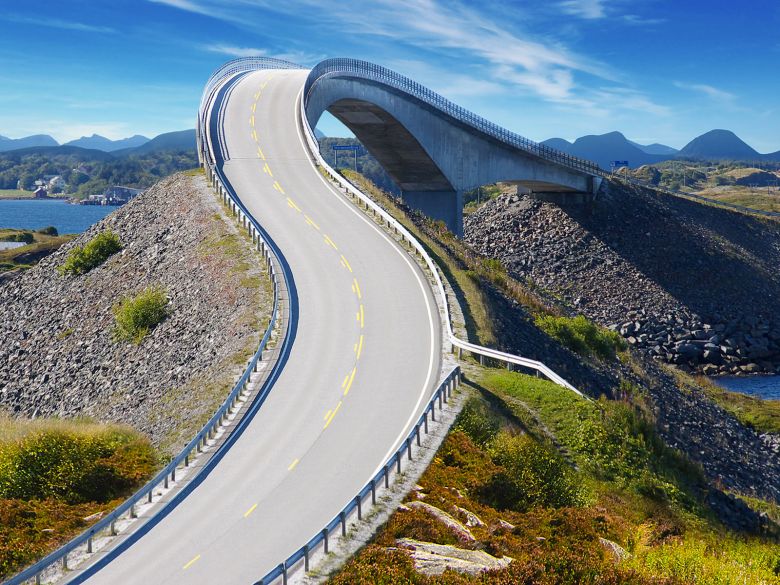 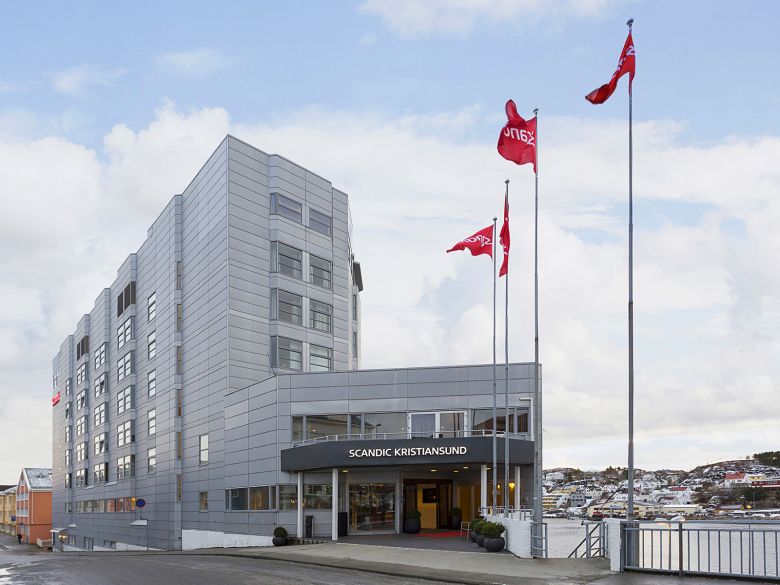 Great days & good times on the west coast of Norway

The ETR Atlantic Road Festival 2015 was developed as a promotional Travel and Tourism concept to generate future global tourist interest in the Nordmøre Region of Norway, and to promote the ETR concept worldwide.

The event attracted visitors from as far as Australia, Africa, Spain, Canada and South America. The ongoing marketing campaign reached all of the planned target segments in all countries and regions on the list, from USA to Brazil, to China.

The festival was designed both as a celebration of the world-renouned Atlantic Road as a high-end tourist experience, and as an ETR Summit to gather key people, owners, stakeholders, networks, clients and partners together from many different countries, to enjoy some great music, fun, friends, local food and beverages, motorcycles and a nice atmosphere in a great location, while developing the next project together.

The Atlantic Road is one of the great sections of the ETR // European Touring Route, and thousands of motorcyclists, and possibly millions of other types of tourists experience the Atlantic Road, every year.

As well as the Atlantic Road section, we developed a series of other great rides and road trips in the area, so visitors could explore the region through a series of focused day-trips from their centrally-located hotel, riding to interesting locations, destinations and attractions so they could later recommend their discoveries to other travellers at the festival.

The saga of Harald Hårfagre

The chosen location for the ETR Atlantic Road Festival was Bremsneskaia in Bremsnes, which is situated about 11km southwest of Kristiansund, and 20km northeast of Kårvag, close to the start of the Atlantic Road.

The location itself holds a weight of histrorical significance in the saga of Harald Hårfagre, the first king of Norway. It was apparently at this location that he cut his long, flowing hair after uniting the Norwegian tribes and unifying Norway into one kingdom. 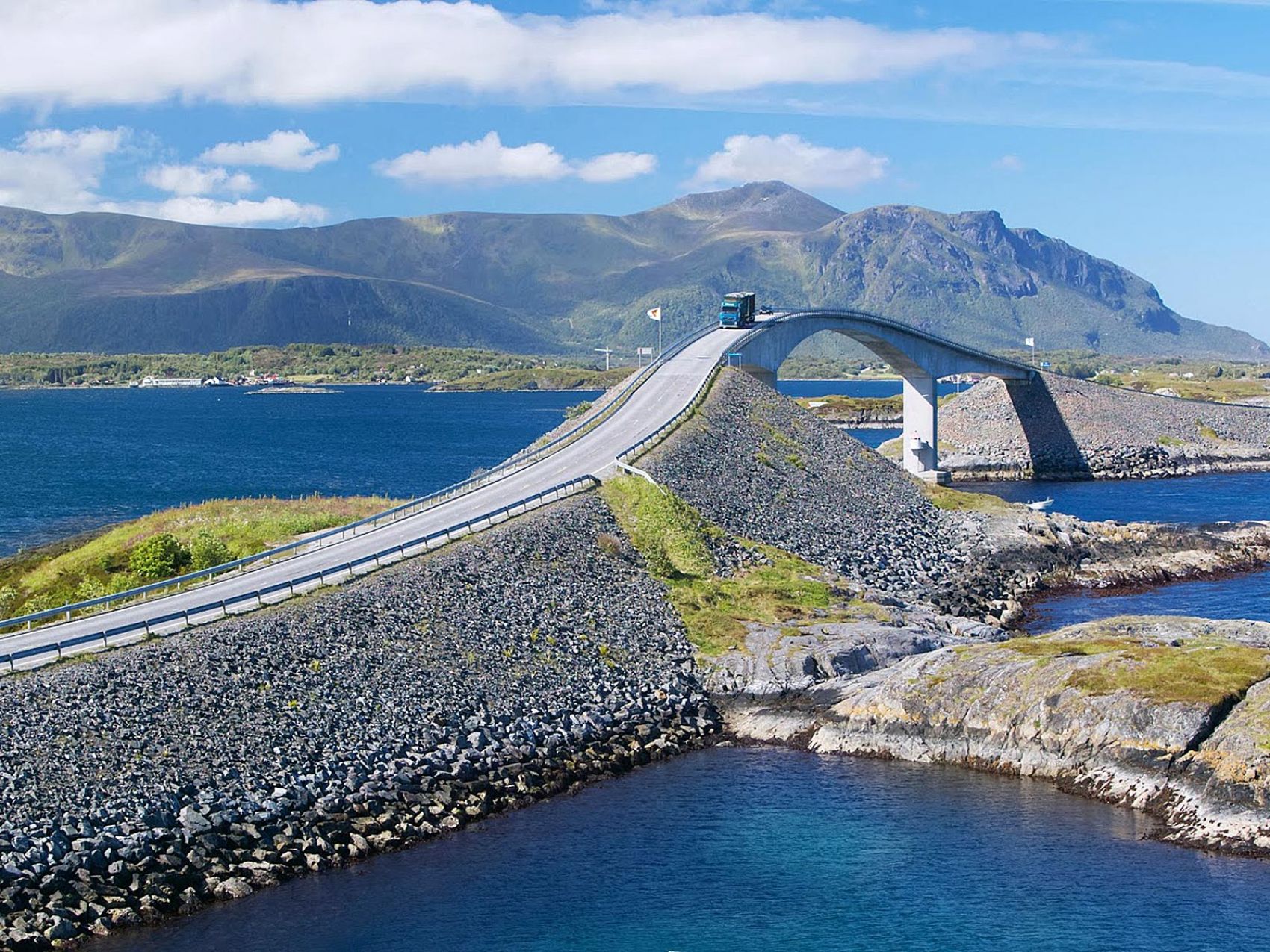 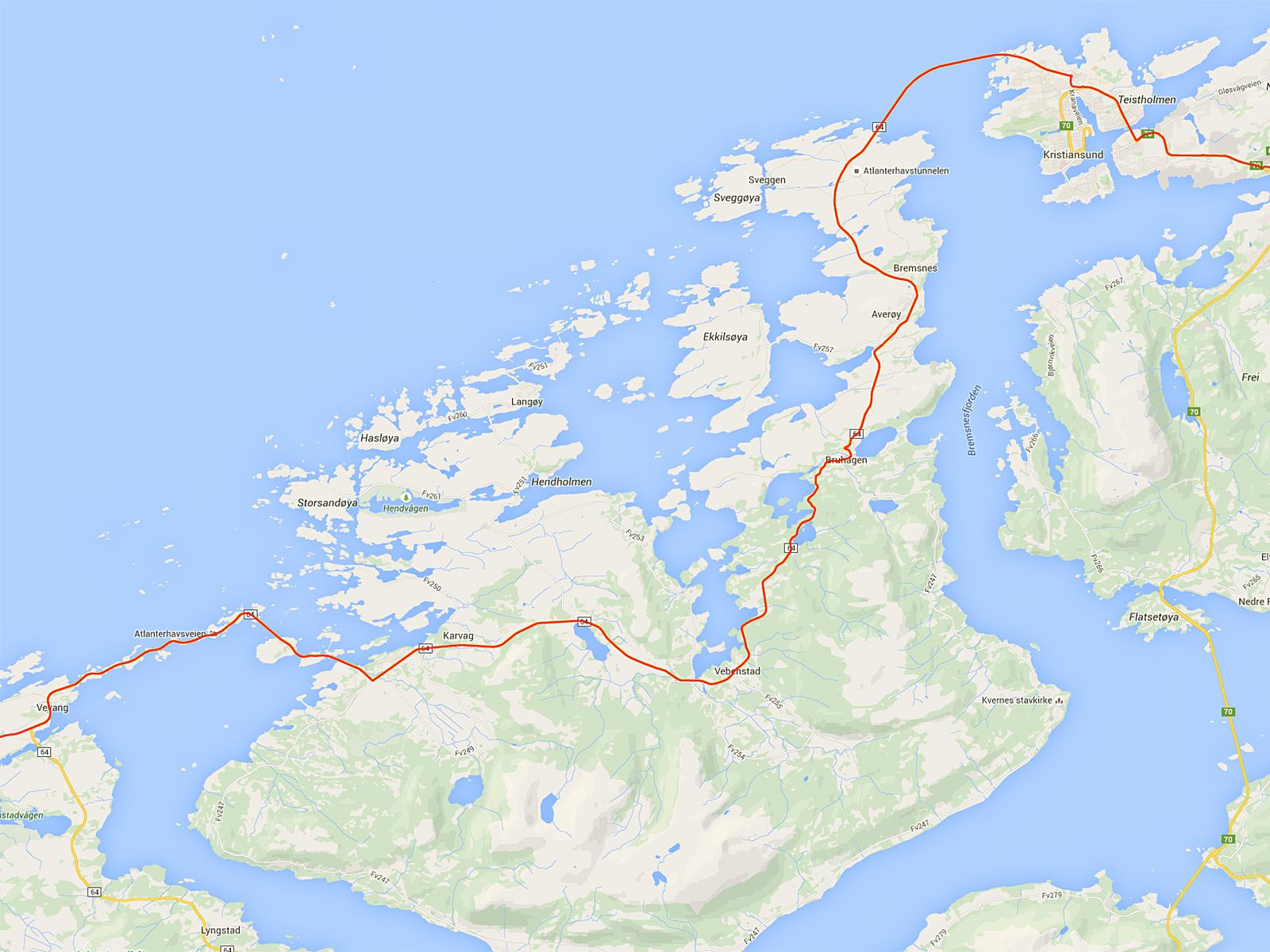 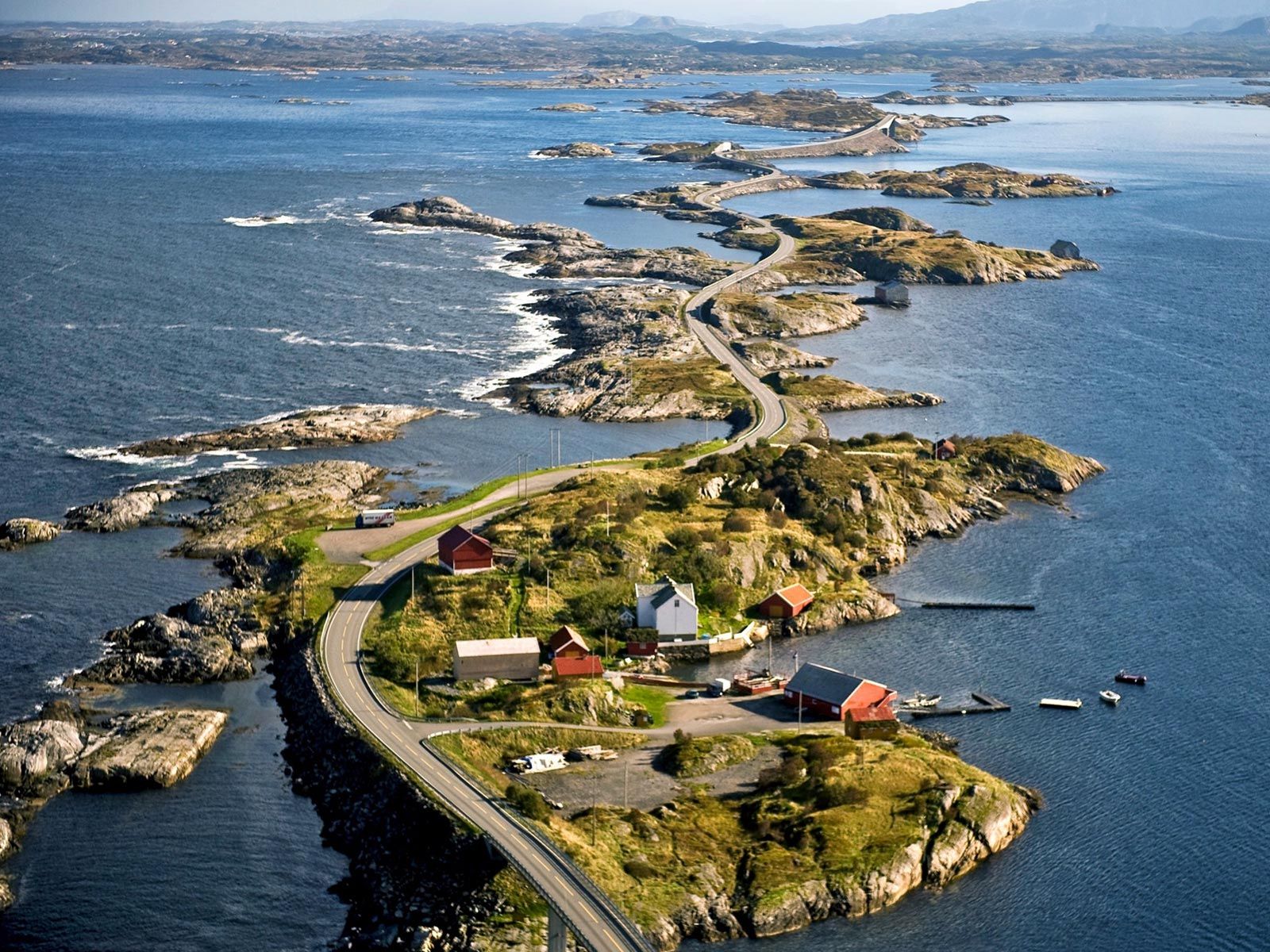 The Atlantic Road is one of the great sections of the ETR // European Touring Route, and thousands of motorcyclists, and possibly millions of other types of tourists experience the Atlantic Road, every year. As well as the Atlantic Road section, there are many other great rides in the area, so feel free to explore the region on your own terms, so you can recommend your discoveries to other travellers at the festival!

There are several panoramic viewpoints and rest areas in interesting architectural forms situated along the Atlantic Road, where you can experience both nature and architecture in a great interaction with each other. Some of the viewing platforms are also popular with anglers, and many travel from different countries to fish there.

Just to the west of Hustadvika, is the notorious stretch of open sea, where many shipwrecks lie broken on the seafloor, due to the many dramatic Winter storms that ravage the area. Many tourists actually choose to travel to the Atlantic Road during late Autumn, to experience the raging storms and that hammer the roadway. Below, is the opposite effect - tranquility and a vast expanse to clear your mind, and dream BIG!

If you get tired of riding your motorcycle on fantastic roads (for example, The Aursjøveien Road), you can always spend a couple of days on other activities, such as Hiking, Climbing, Exploring, Mountain biking, Sea Kayaking, Sailing, Diving, eating local cuisine, or visiting The Bremsnes Cave, and the many small villages, secluded bays and inlets, and the great museums and local craft shops that you’ll find in the beautiful coastal towns of the magnificent Nordmøre Region. 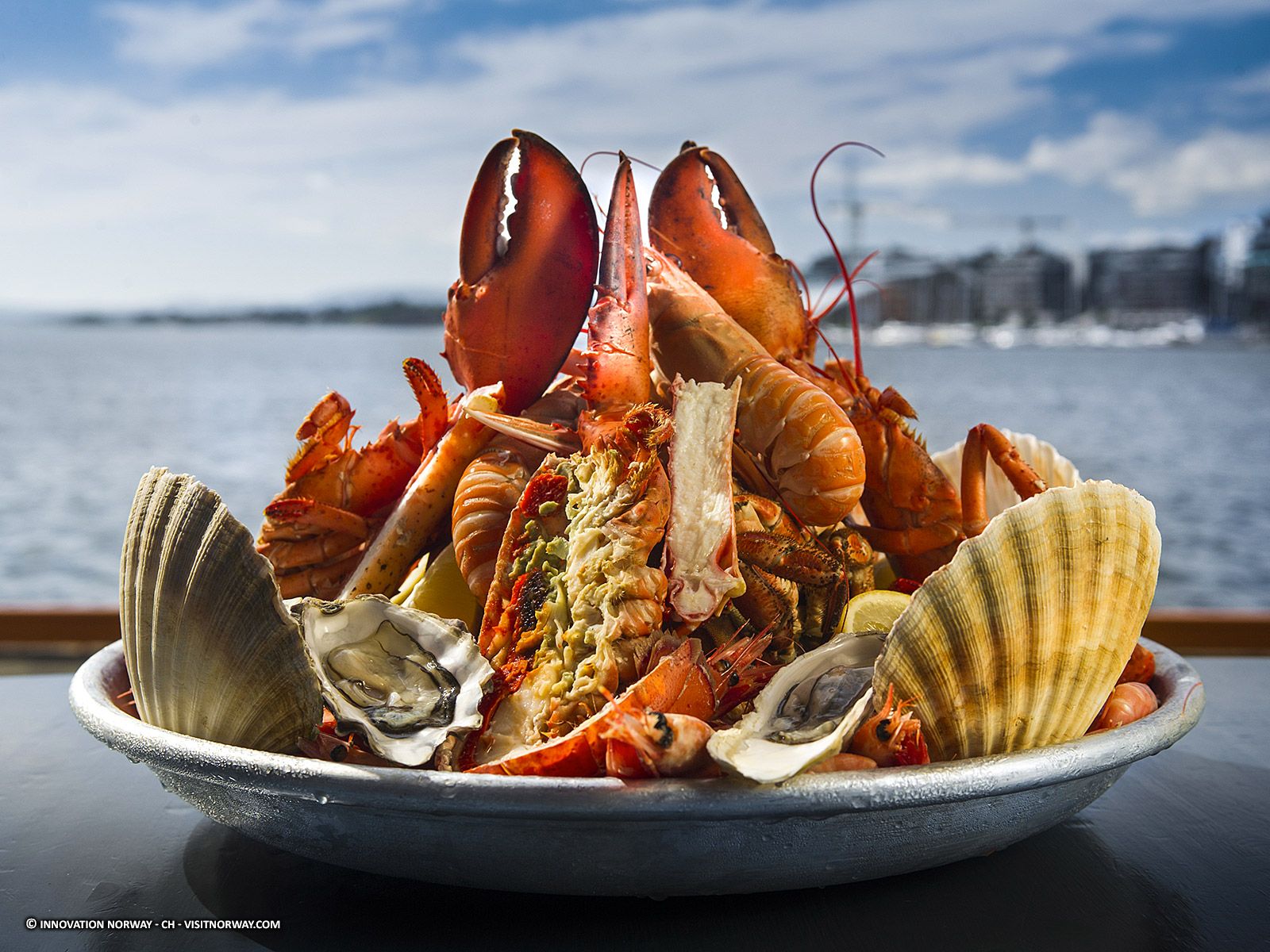 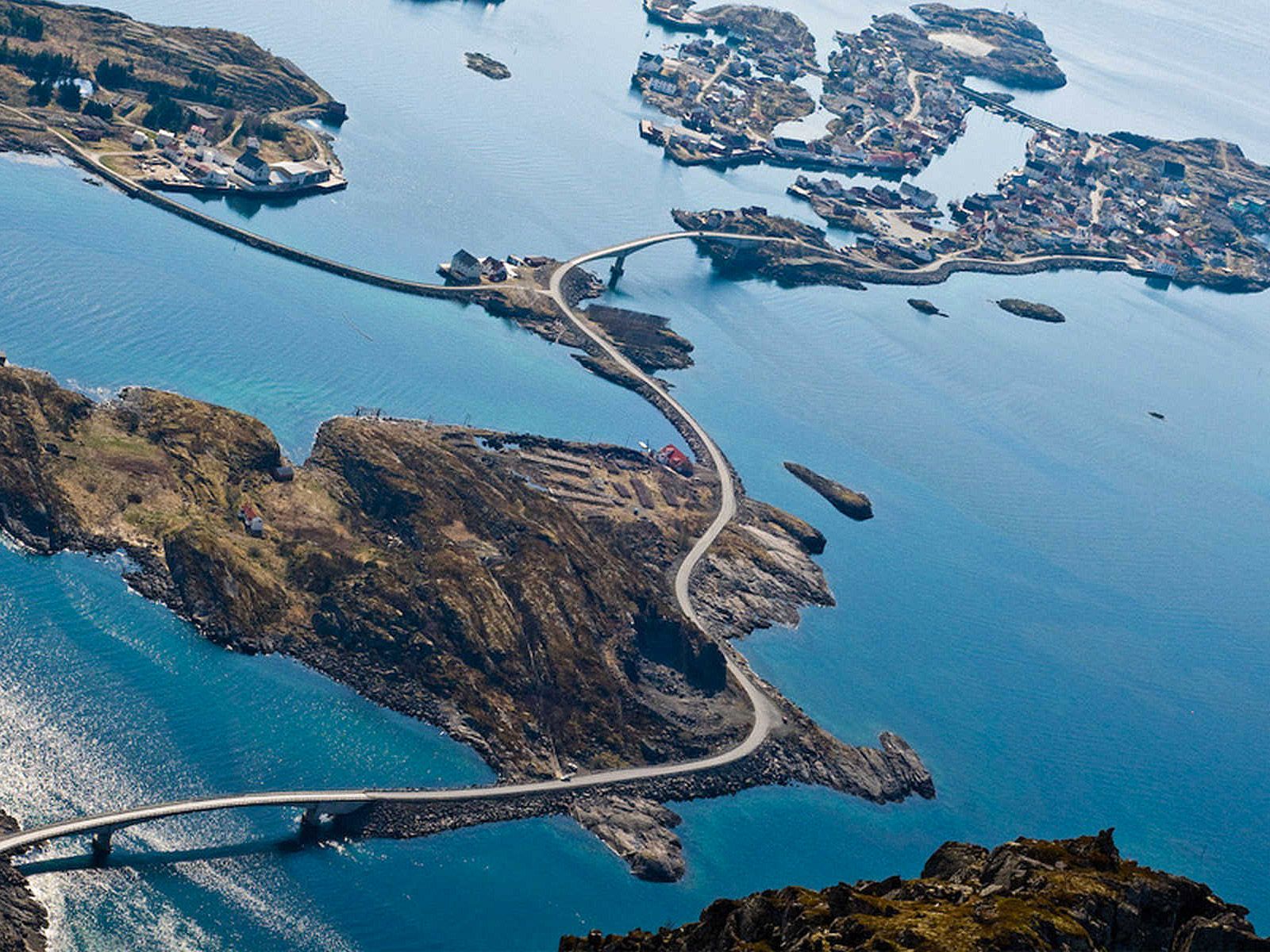 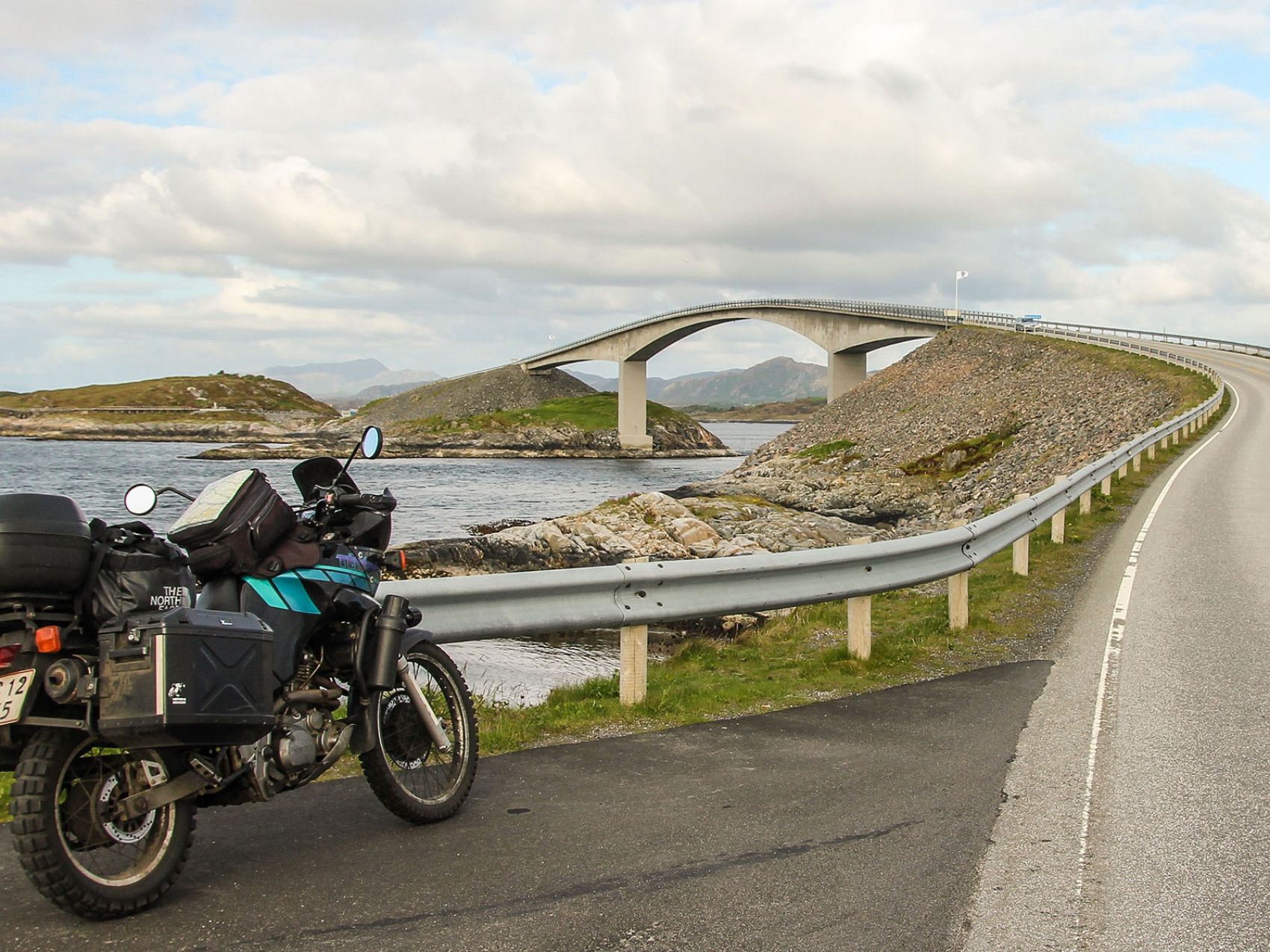 The ETR Atlantic Road Festival brought a combination of music styles together, from Rock and Blues to Lounge and Electronic. Friday the 14th was primarily an Electronic experience, with international DJ’s constructing soundscapes inspired by the vast and rugged Norwegian landscape, with the party rolling onwards after midnight and well into the morning. The next day, Saturday, brought a barrage of Hard Rock and Blues thundering across the harbour area reaching the far shores of the fjord, with an atmospheric electronic afterparty in the bright Norwegian night. Some of the bands and DJ’s included: 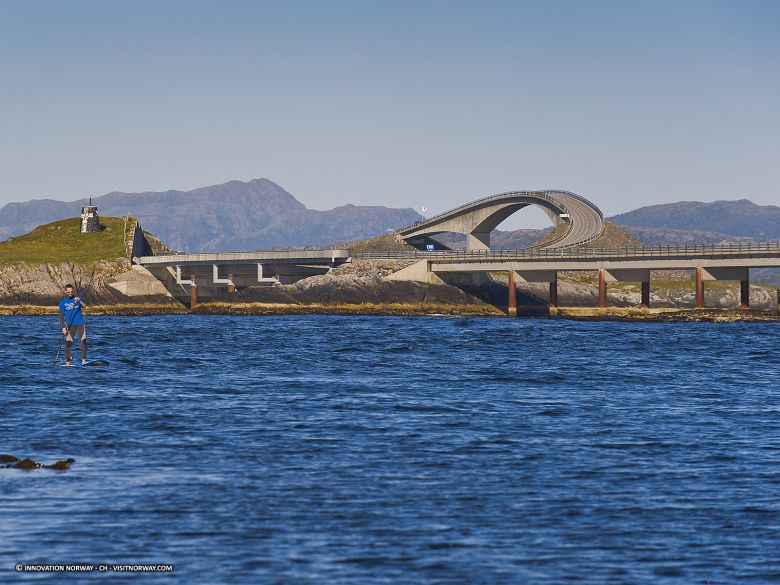 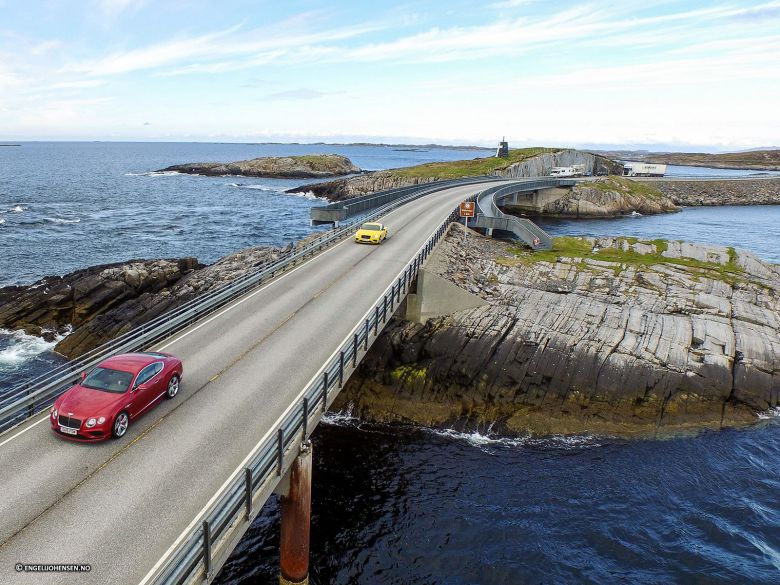 RIDE THE ATLANTIC ROAD MORE THAN ONCE

The world-famous Atlantic Ocean Road, or Atlantic Road (Atlanterhavsveien) is a 8.3-kilometer section of Norwegian County Road 64, which runs through an archipelago in the Norwegian Sea, between the villages of Kårvåg on Averøy, and Vevang in Eida, Norway. The Atlantic Road is preserved as a Cultural Heritage Site, and is classified as a National Tourist Route.

It has been declared the “World's Best Road Trip” by the Guardian Newspaper, and been awarded the title as "Norwegian Construction of the Century”, because of the architecture of the road and the bridges, and the incredible coastline it passes through.

The Atlantic Road is built on a string of small islands and rock formations, which are connected by several causeways, viaducts, and eight bridges. The most memorable is Storseisundet Bridge, a cantilever bridge measuring 260 meters (850 ft) with a bend in the middle of it. The municipal boundary between Eide and Averøy runs under the Storseisundet Bridge. In 2009, the Atlantic Ocean Tunnel opened from Averøy to Kristiansund, and together they form a second fixed link between Kristiansund and Molde.

As far back as 1909, there had been plans to create a transport route through the islands, and at that time, discussions were had about carving a railway line through the region. Eventually, the car became a natural means of transportation, and plans for the railway were subsequently dropped.

The Atlantic Road was then built, and opened on July 7th, 1989, at a cost 122 million Norwegian Kroner. 75 percent was financed with public grants, 25 percent was financed with tolls, and collection of tolls was scheduled to run for 15 years, but by June 1999, the road was paid off, and the toll was removed. Now you can ride it as much as you want, in both directions, and enjoy it as much as you can, while you’re there. 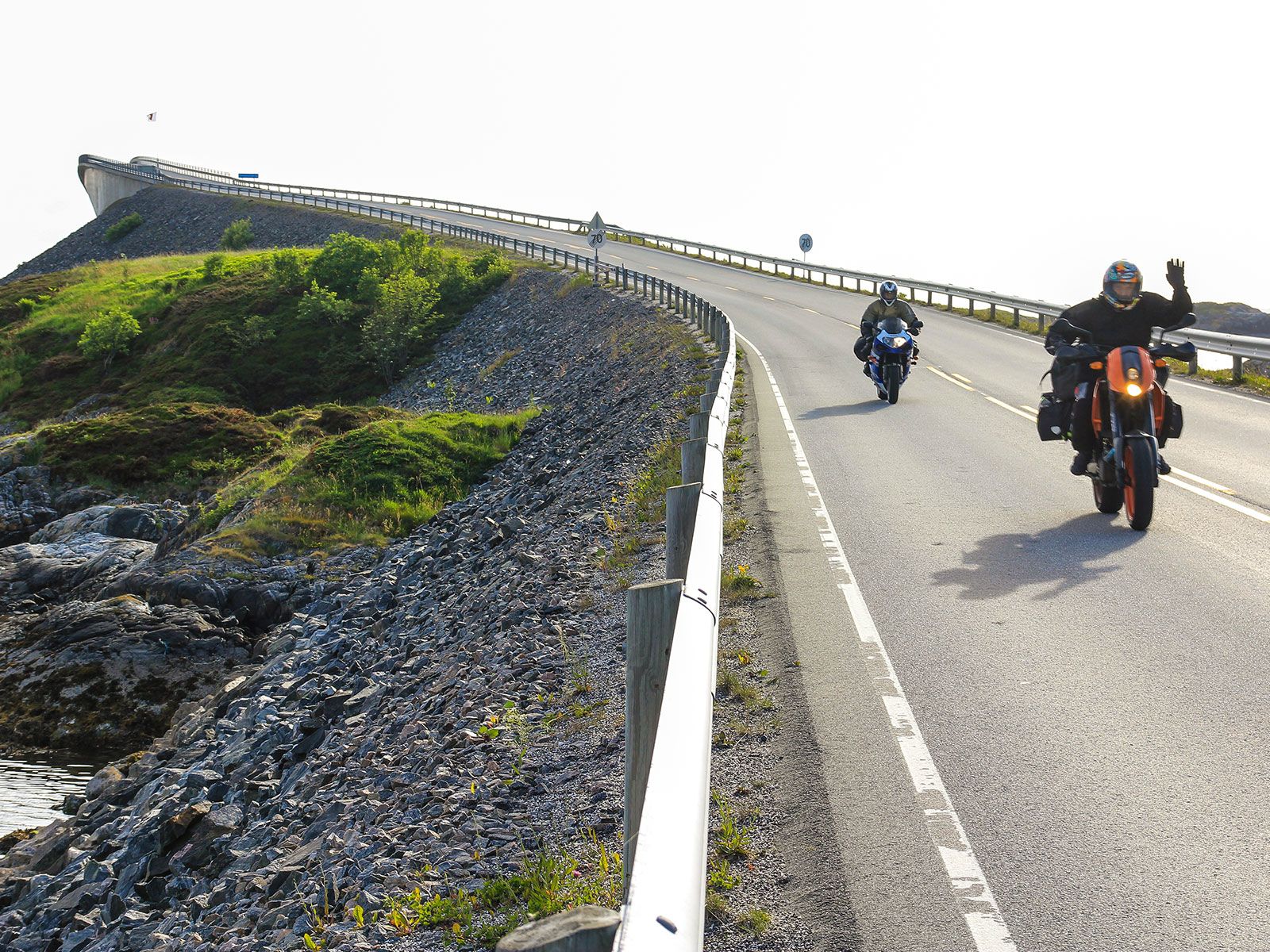 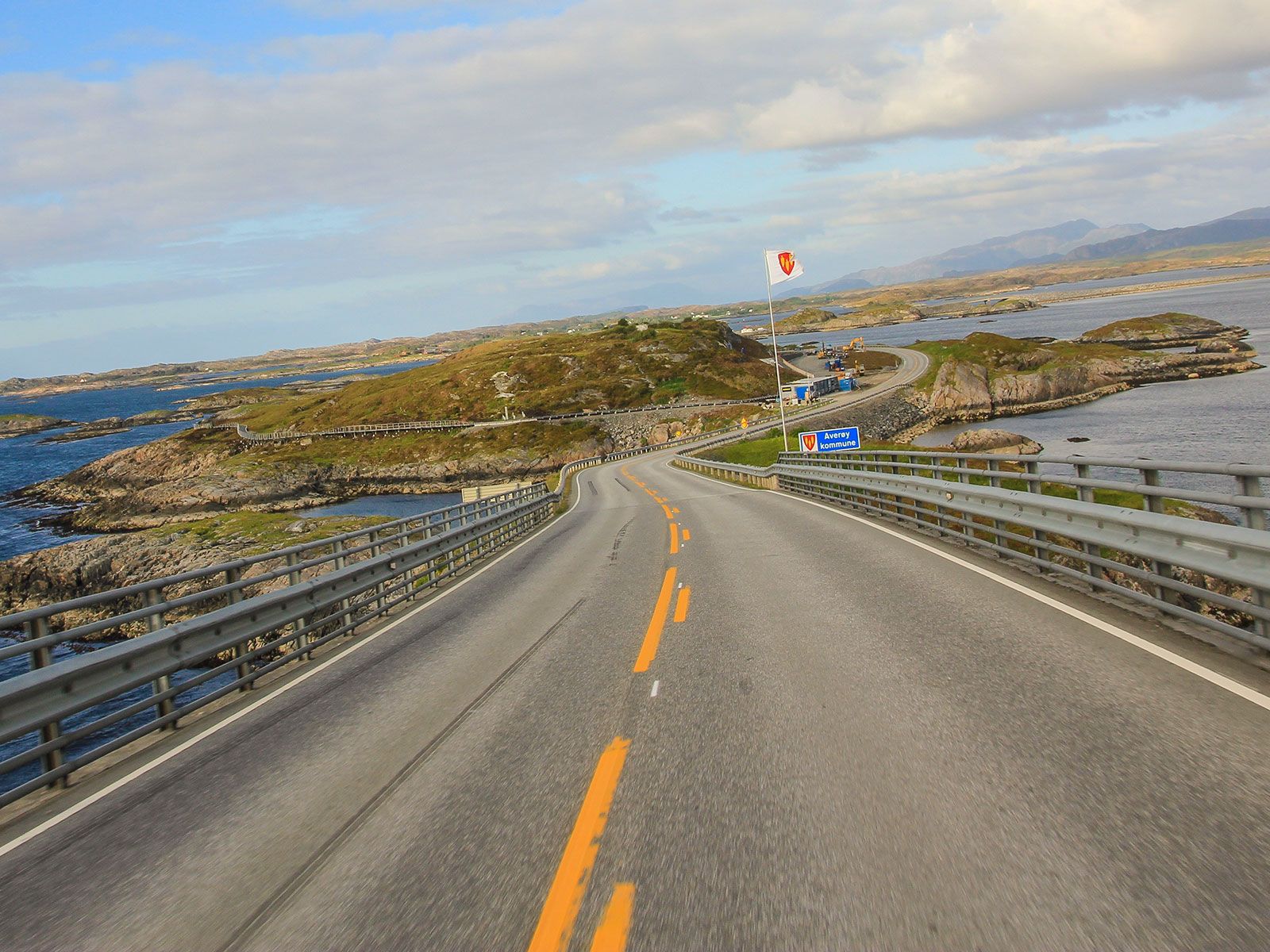 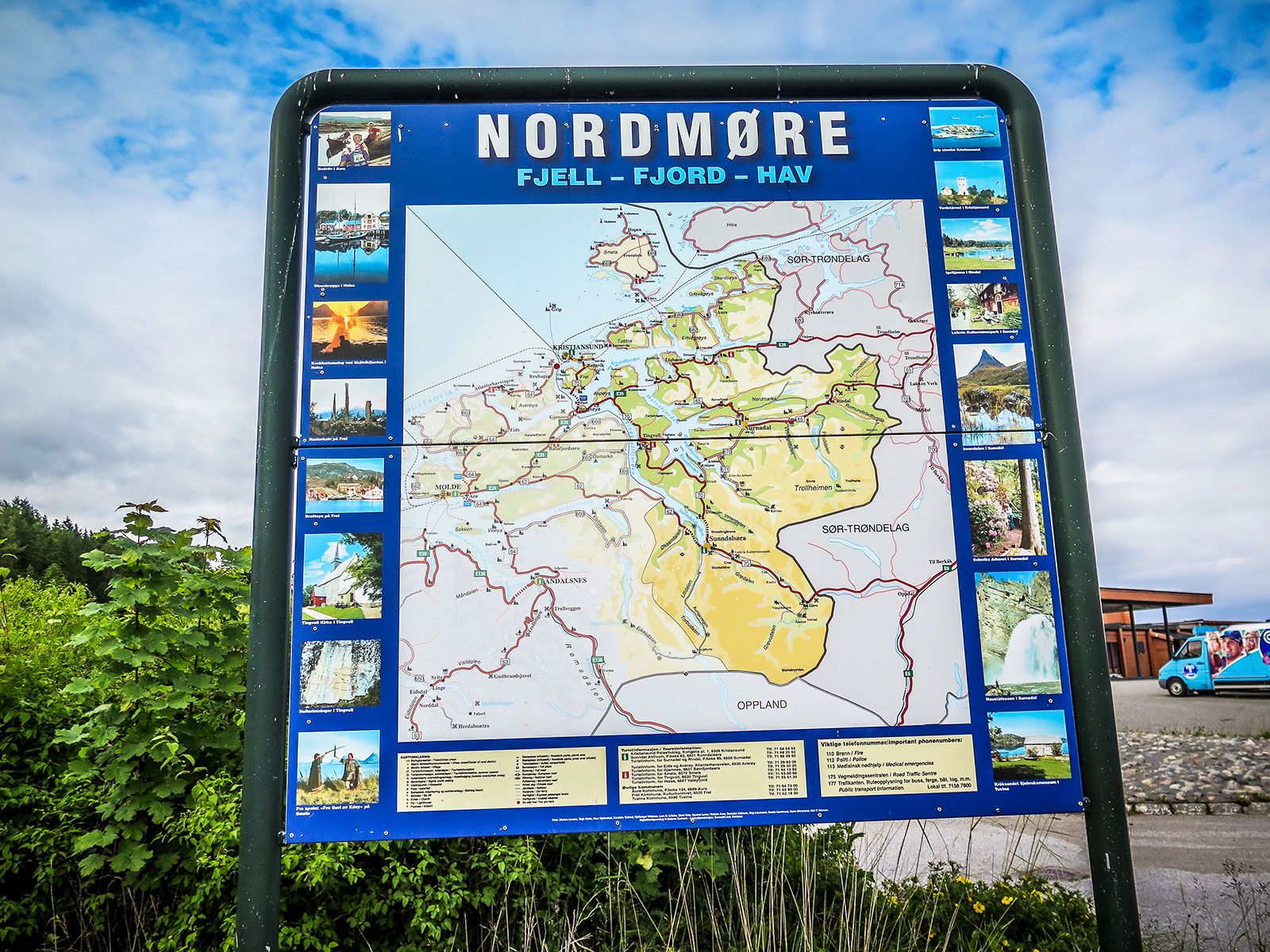 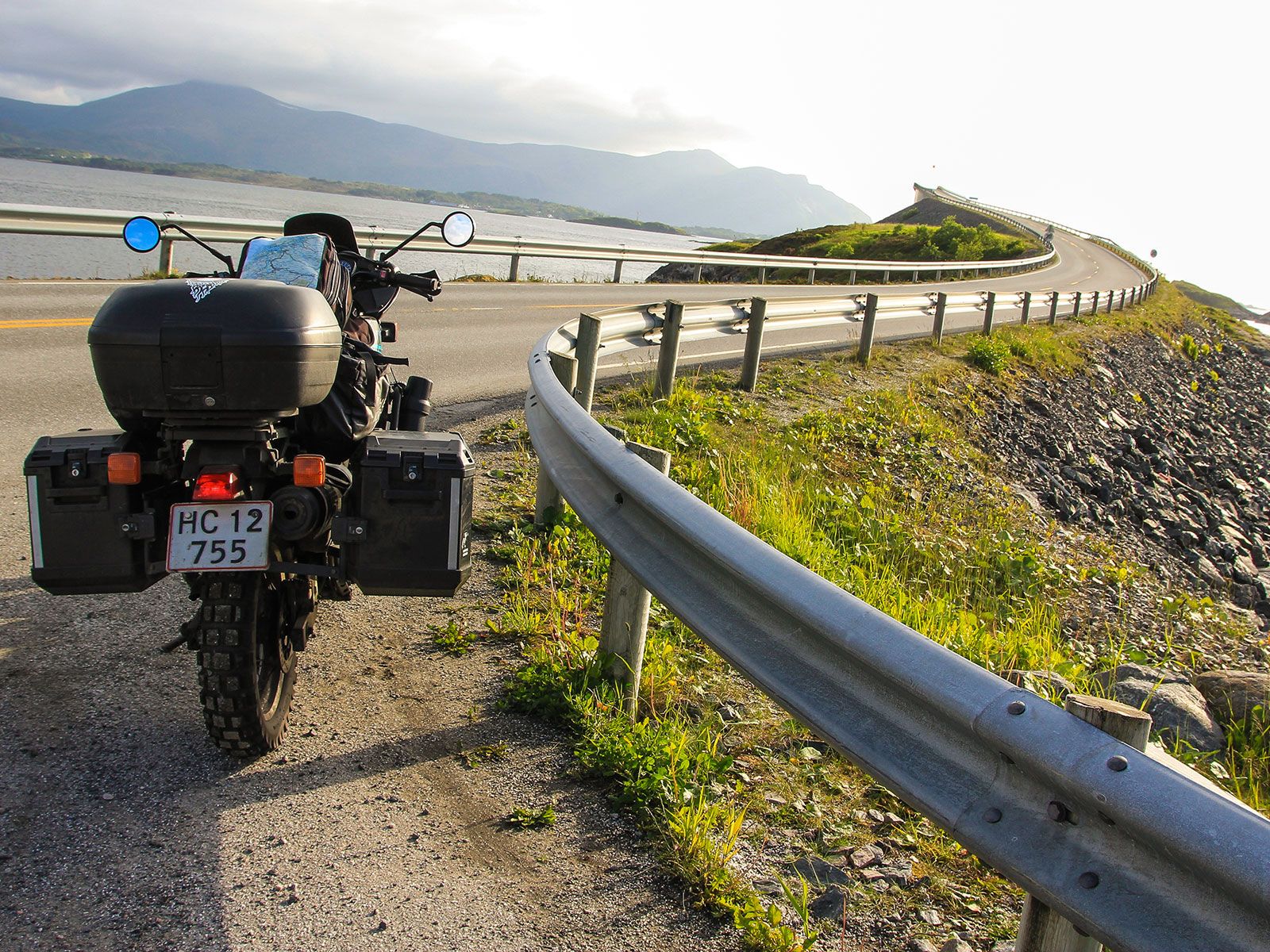 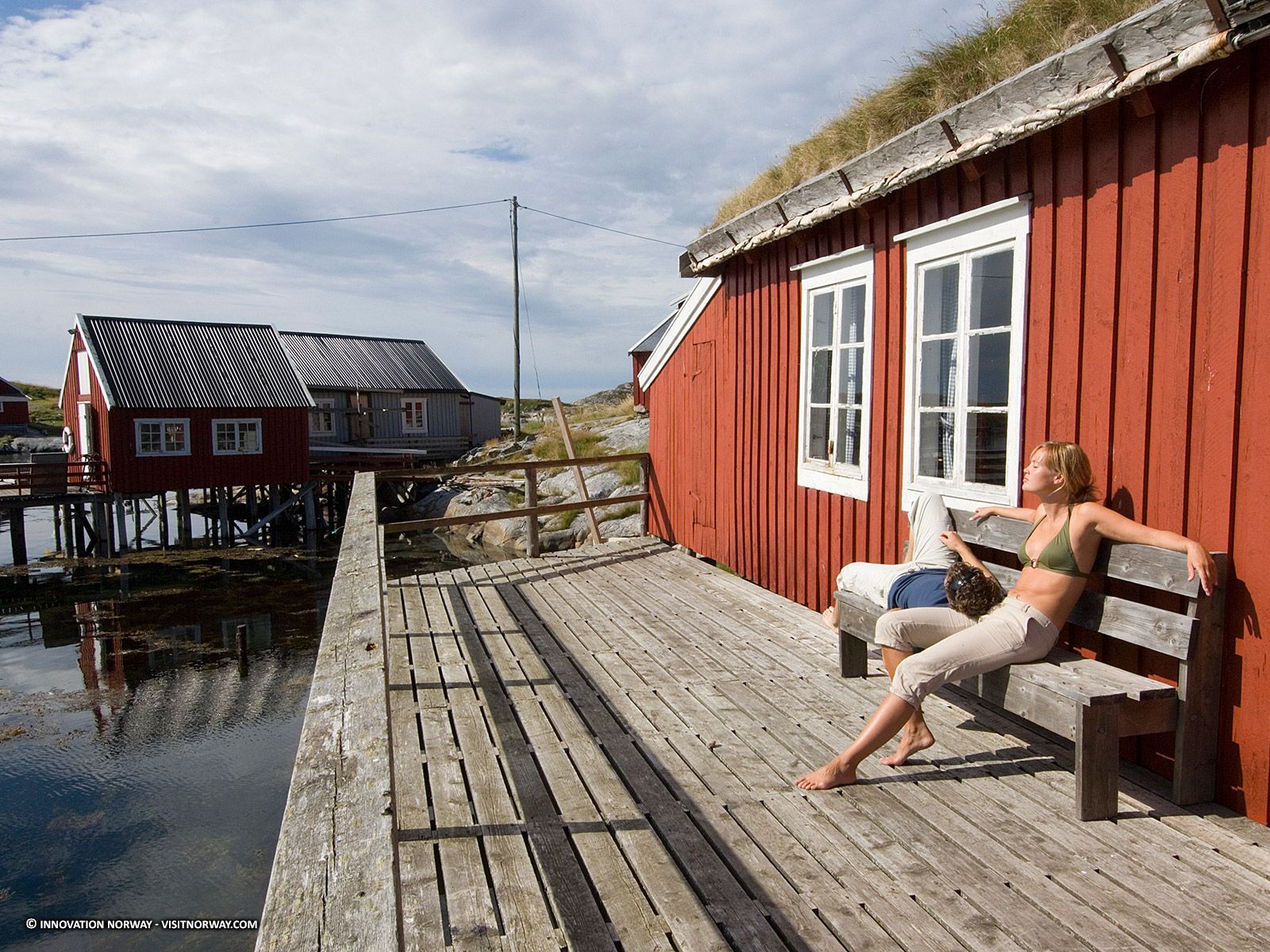 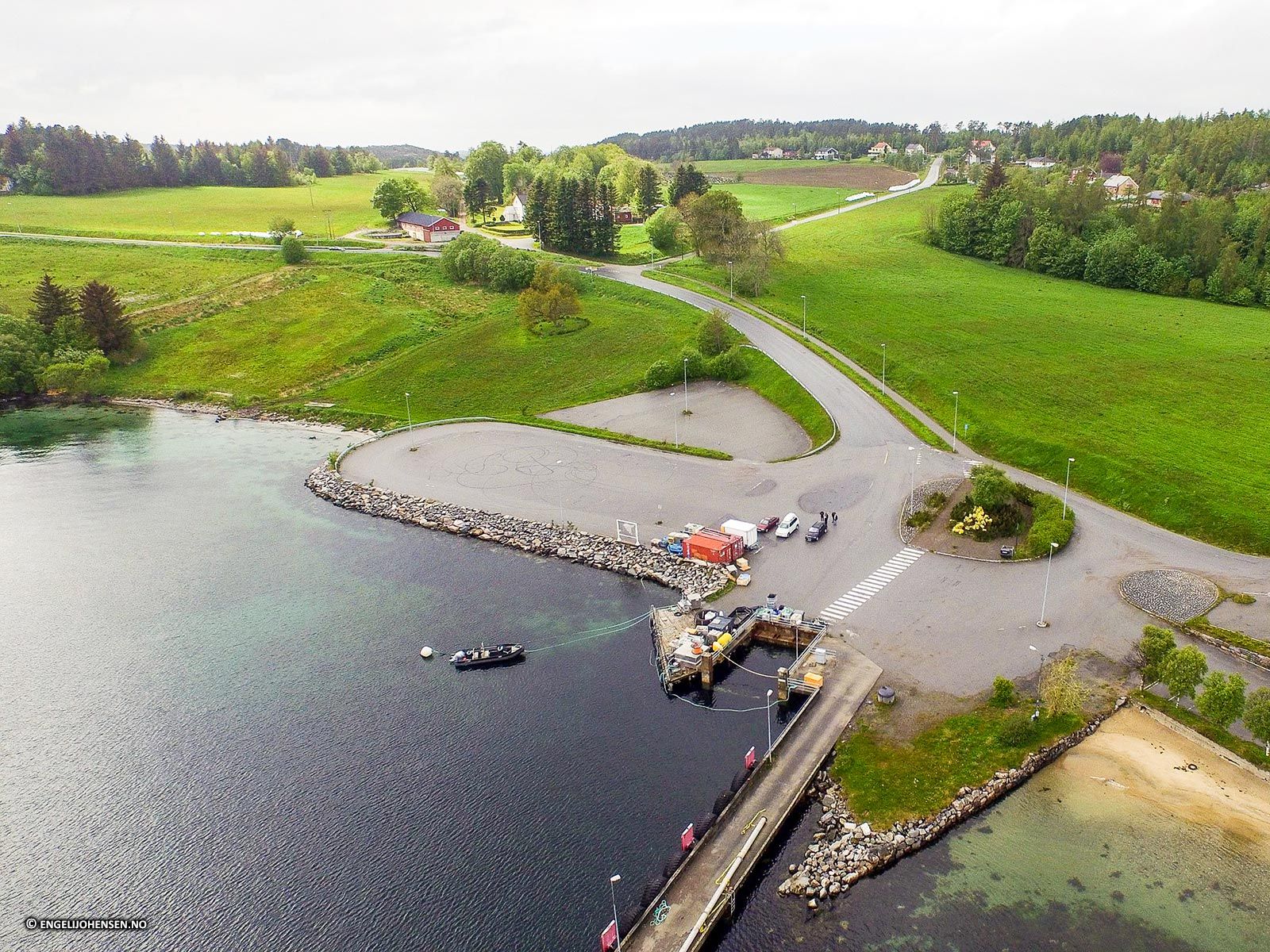 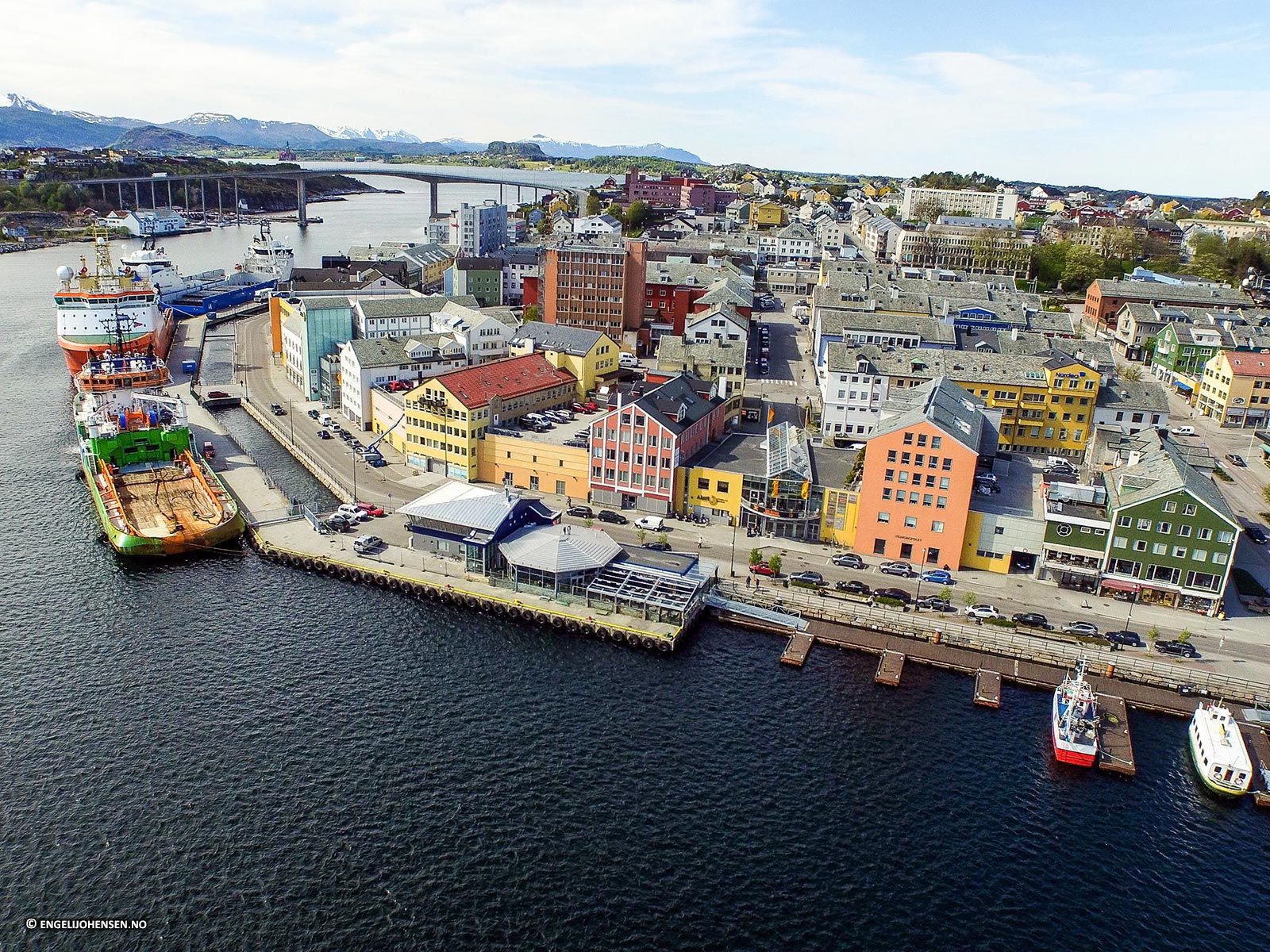 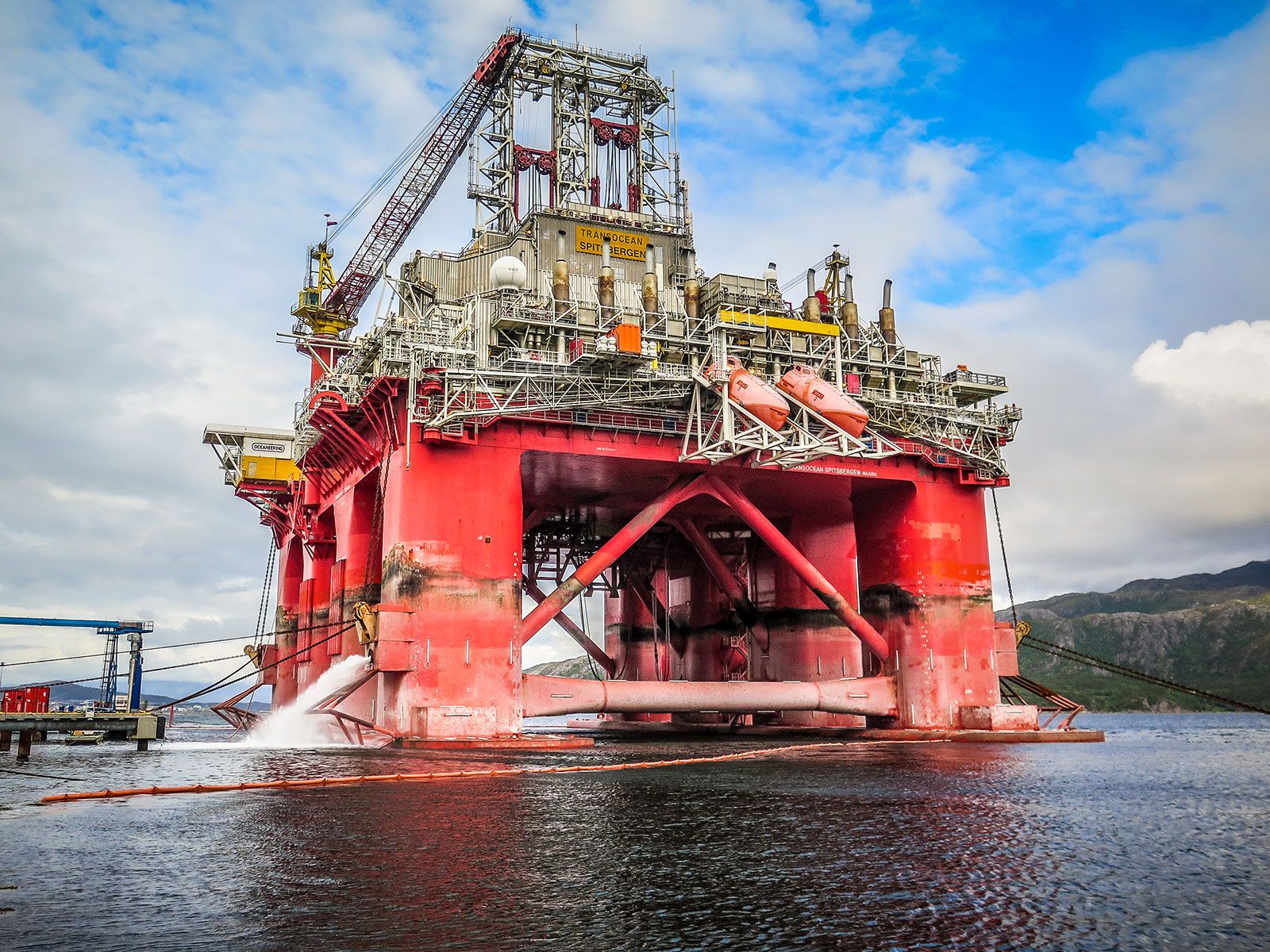